Fake it "til you become it 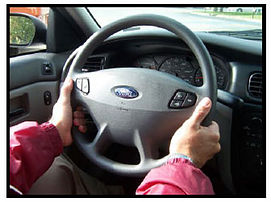 I recently published a book on networking called The Ties that Bind:  Networking with Style.  In the first chapter I tell the story of the first networking event I ever attended after taking my job as a payroll sales rep.  The experience was terrifying for me.  No matter how hard I tried I simply could not bring myself to get out of the car and enter the hosting business.  Thankfully, a stranger knocked on my car window and coaxed me out of my Taurus. I am confident that without that person inviting me in I may have never attended that event or started down the journey that has led to become the person I am today.

I learned two valuable lessons from that encounter.  The first, always be kind to others and be willing to offer help.  The second, which dawned on me after watching a profound Ted Talk by Amy Cuddy entitled, “Your body language shapes who you are”, is to fake it ‘til you make it or as she states, “fake it ‘til you become it.” [1]  This talk hit me because as I sat behind my steering wheel I was questioning whether or not I was in the right career.  Had I made the right choice?  Was I really meant to be in sales?  When that stranger knocked on my window I had a choice to make.  I was either going to leave and look for another career or I was going to go to that event and fake my way through it.

Thankfully I decided to go with option B.  I faked my way through that first event and for many more events to follow.  Each new event brought about the same fears, the same questioning, and the same anxiety.  I kept waiting for someone to call me out, to tell me I didn’t really belong and to see through my ruse.  The amazing thing? It never happened, and as time went on I became more comfortable.  The networking became easier.  I no longer had those feelings and the anxiety almost completely disappeared.  I had faked it long enough to become it.

There are very few “natural networkers” or people who can network without feeling some sort of fear.  With time, and some faking in the beginning, it does get easier.  Get out of your comfort zone.  Fake it ‘til you make it and eventually you will become it.