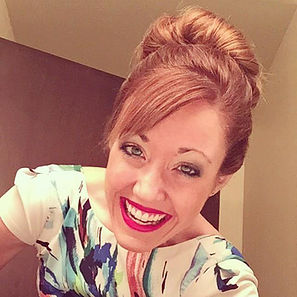 In early 2012, I made the toughest—and most important—decision of my life. One that could (and would) completely change the trajectory of my life. You’ve probably had one or more of those choices…the one that makes your stomach turn, your eyes well up and one side of your brain question the other. For me, this was the decision to move to Des Moines.

Two years earlier, right out of college, I packed up a couple suitcases and moved out to New York City to accept my dream job with FITNESS Magazine. After a successful internship the summer prior, and keeping in touch with the editors in the meantime, I was offered a position right after graduation from Iowa State. How could I say no?!

The years of work that followed were a hectic yet fun adventure, full of lavish press trips to exotic islands, celebrity meet and greets, feature story projects and unique workout trials. Despite all of this fun, I felt a gaping hole in my life. I was working way too much, never felt at home in the bustling and often unfriendly city and had zero balance—and zero friends outside of my immediate office and a few other journalists.

So after returning to Iowa to spend the holiday season with my family, I made the decision to move back to the Midwest to try to pursue a journalism career with Meredith in Des Moines. That meant giving up my full-time job for a temp position without benefits in a different department, finding a place to live, making all new social connections in a city I’d never lived in before and packing up every possession I owned to transport it halfway across the country. (This gives me the cold sweats just thinking about it now.)

Fast forward one year later and that temp position turned into a full-time one and I was happily settled in a loft apartment downtown, which was the perfect location for me after living in NYC. It cut my commute time to nearly zero minutes—unheard of in New York—and offered enough action to make me feel like I wasn’t missing a thing. But at that time, I wasn’t exactly taking advantage of it.

I had made a handful of friends outside of the office, but was still struggling to get my footing socially. As a full-fledged extrovert, you’d think it would be an easy task. But it’s all about getting your foot in the door with a few people you really connect with and really relate to, and at this time, I’d say I had about a pinky toenail in the door.

Until I got hit by a car. I was on my one-mile walk home from work one June day, jamming to the new Justin Timberlake album. Midway through the crosswalk, I had a little run-in with a big SUV. The driver didn’t see me as he was turning through a “yield to pedestrians” green light. (Next time I really need to sing along a bit louder! Lesson learned.)

The impact from the car and my foot getting pinned underneath a tire for a brief second sent me tumbling to the cement, where I tapped my head and smashed my elbow. In a state of disbelief, I sat up and pushed myself to a stand as the driver stopped his car, hurried out and shouted, “Oh my gosh! I’m so sorry. I didn’t see you. Are you okay?!” I immediately shifted into make-it-work mode and said, “Yeah, I think so. I’m just going to keep on walking.”

With the first step, I noticed my sandal-clad foot wouldn’t stop shaking and decided against strolling home. One urgent care clinic, one ambulance ride, an ER visit and countless X-rays later, I was sent home with a boot and splint to brace the 4 fractured foot bones and broken elbow that remained.

A diehard fitness fiend at the time, I was shocked and disappointed when my doctors told me there was no real end in sight to my exercise hiatus. Running, biking, swimming, yoga and even brisk walking were pretty much out of the picture.

Since that was the case, and since idle time was never my strong suit, I started to fill the slots I used to spend at the gym with volunteer work and planning dinners and movies with folks I’d meet at Young Professionals Connection events, at work and in my apartment building. Something needed to keep me busy so I wouldn’t think about how slow recovery was going! Once a workaholic, I slowly became a social butterfly, meeting new people and dating more than I had since high school. For the first time in years, I took time to reflect on what I could accomplish not only physically, but also mentally and emotionally.

I found myself enjoying new cuisines with these new pals and soon considered it a point of pride how many new-to-me Des Moines places I could visit. I made it my aim to become a pro at my new hometown—which really was feeling like home now that I had a network of amazing connections— and then share my top tips with everyone I meet so they can explore, too. Who knew the Des Moines area offered an endless wine night (Table 128!), a dive bar with a killer DJ some nights (Carl’s Place!), a restaurant with an off-the-charts 10-course tasting menu (Proof!) or skydiving (Brooklyn…the one in Iowa, not New York!)? If my new buddy hadn’t seen, heard or tried the tip I passed along, then I was going to be the first person to try it with them.

Doing something for the first time can often lead to lifelong memories, and these outings have launched some of my best friendships and business connections. It’s not about what you can do for me or vice versa, but about how we can really experience this magical thing together. For the past two years, I’ve made it my resolution to try at least two things each week I’ve never done before. (Since getting the green light to exercise again, that has included CrossFit, where I’ve met even more incredible locals!)

In case you saw how long this blog was, said, “Karla, get to the point!” and scrolled to the bottom, here are the morals of the story:

A little more about Karla -

By day, Karla Walsh is the digital food editor for Meredith Corporation, where she talks and writes about recipes all day. (Tough job, right?) By night, she's a freelance writer, CrossFit fiend, group fitness instructor, sparkle addict and, most recently, a level one sommelier. She enjoys volunteering with Everybody Wins, exploring the world, dancing with reckless abandon and learning what makes people tick. She's always up for new adventures and to meet new friends, so feel free to contact her at karlaswalsh@gmail.com.